Reminders from the 3 days of torrential rain in southern of Haiti are many, compliments of Hurricane Sandy.  A week before striking New York City, Sandy was a tropical storm parked just east of Haiti.  Some areas saw upwards of 20 inches of rain.  Homes were washed away, crops were whipped out, and cholera spread with dirty flood waters.  The storm killed at least 54 people. According to the Food and Agriculture Organization of the United Nations, “Sandy caused colossal damage to Haiti’s crops, land, livestock, fisheries and rural infrastructures, leaving more than 600,000 Haitians at risk of food and nutrition insecurity.” 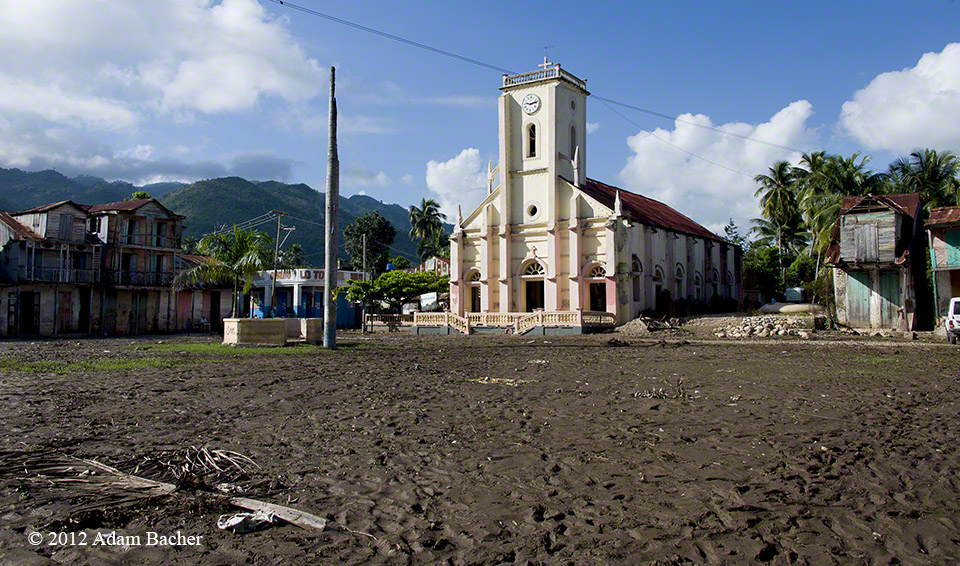 In the city of Baraderes, the brown high water line runs the circumference of the town square, five feet up and clearly visible two weeks later.  Much of the mud remains.  It blocks the entrance to the church, clogs the intake of buildings connected to the cities’ water system, and suffocates what few crops remain in the fields.  Opportunity for replanting is weeks away.  Hunger will soon be rampant if food relief doesn’t arrive soon.  Cholera is spiking yet again.  This is life in Baraderes. 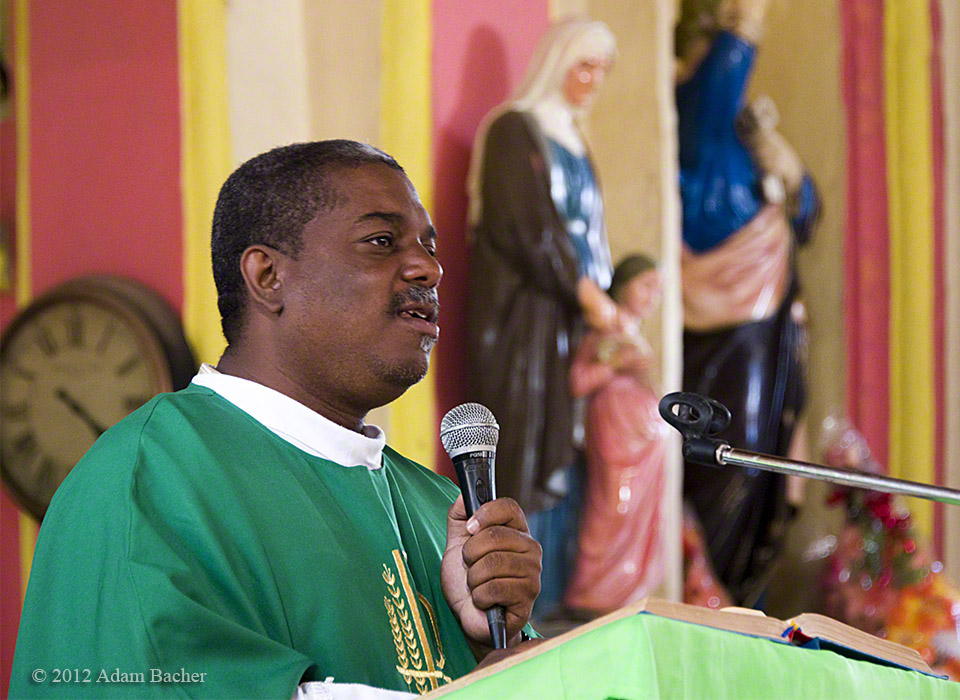 On Sunday November 4th, Father Jacques Junior began mass preaching the ten commandments.  Then his sermon turned to protection of the environment.  Much of Sandy’s flooding was the result of cutting too many trees, he told parishioners.  Approximately 98% of Haiti’s forests have been cut without replanting.  “You must protect nature and teach your children to do so too,” he said.  “When you cut one tree, you should plant 1000.”

Father Junior has a pronounced respect for nature.  He runs the Saint Pierre parish, in Baraderes.  When the flood waters of Hurricane Sandy surrounded the rectory, he brought the animals inside. In the front room he stacked one table on another, then put two pigs on top.  The three dogs went upstairs.  The goats couldn’t be saved.  When the water rose inside the house, one foot, two feet, three feet, fear overcame the pigs.  Leaping from the tables they tried to swim for safety.  Commotion below drew father Junior’s attention and he rescued the pigs again, bringing them upstairs too.  Water levels on the main floor peaked at six and a half feet. 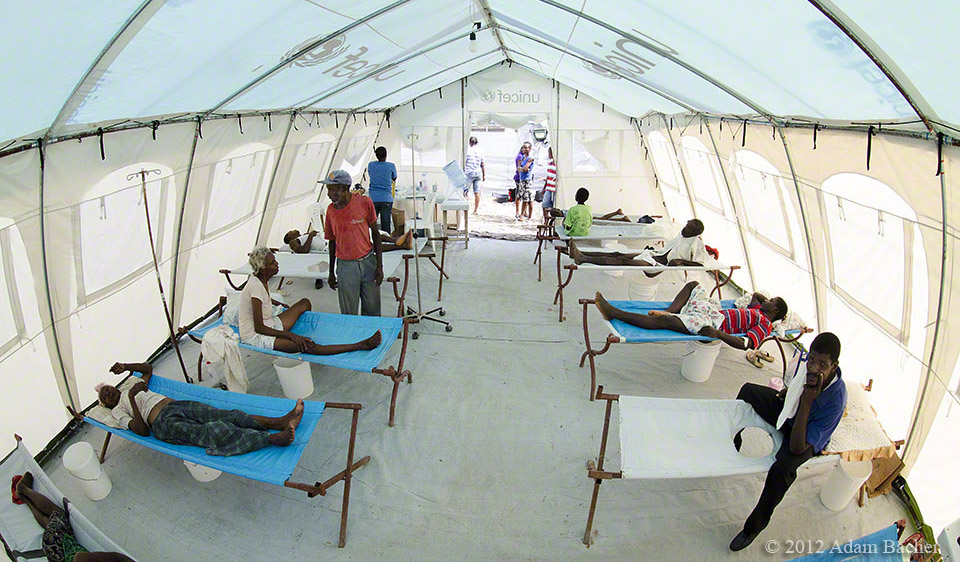 With the recent flooding cholera cases have dramatically increased.  The church runs the only treatment center in town.